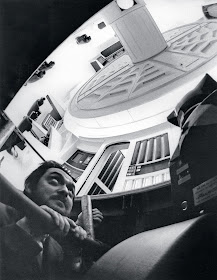 Kubrick peeks out from a hatch in the Discovery Set. 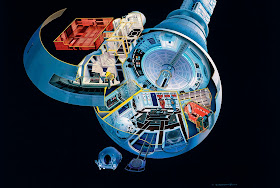 Artist Oliver Rennert was commissioned several artworks for the book; here's one demonstrating how the interior sets for the Discovery would fit in to the habitation sphere if the ship were constructed at full scale. 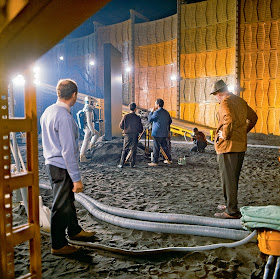 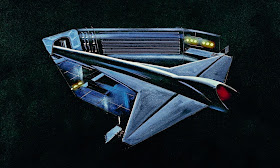 In 1965, Roy Carnon became one of the members of the team responsible for producing concept drawings, sketches and paintings for 2001: A Space Odyssey. His official designation was 'scientific design specialist and visual concept artist'. For this he was responsible for visualising space craft, film sets and the iconic 'wheel' space station, that in his rendering is almost indistinguishable from the final product. Here's my article about him.

The monolith excavation set in a nice panoramic view from above. 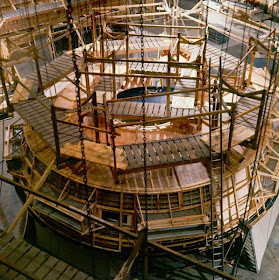 The Aries shuttle set under construction. 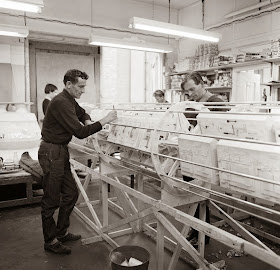 The large Discovery model under construction. Those rings, and the 'wireframe', were part of the original design, and were later discarded by Kubrick. 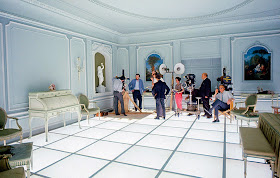 The famous Hotel Room scene. (Is the crew trying to devise a set-up to hide the camera on Keir Dullea's helmet?).... 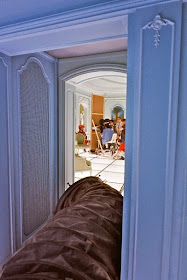 A beautiful view of Kubrick and the crew shooting the Hotel Room sequence. Keir Dullea is sitting on a chair, in a scene cut from the final edit (he was supposed to rest for a while after his incredible experience - Also, look at the cooling unit! The room was very hot because of the lighting system and also because the scenes were shot in June-July 1966).
Condividi