The moonwatchers that (almost) were 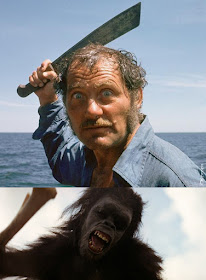 By February 1965 the "Dawn of Man" section of 2001 was still in its early stages of pre-production, and the final look of the ape-men (or men-apes) was still not agreed upon - this happened only in 1967. On February 17 Stanley Kubrick approached actor Robert Shaw and asked him if he was interested playing the Moonwatcher character; Shaw was fresh from its international breakthrough with the wildly successful second installation of the James Bond franchise, 007 - From Russia with love (1963), where he had played a russian spy.

Here's an extract of the letter that the director wrote to Shaw:

I am enclosing a sketch of an Australopithecine man-ape from Raymond Dart’s “Adventures with the missing link”, without wishing to seem unappreciative of your rugged and handsome countenance, I must observe there appears to be an incredible resemblance. 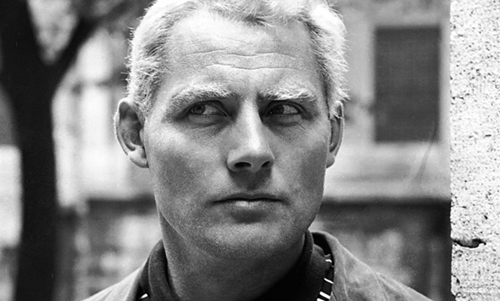 Robert Shaw in a publicity still for From Russia with love, 1963

I got hold of a copy of the book mentioned by Kubrick and there is only one "sketch" that fits the description: 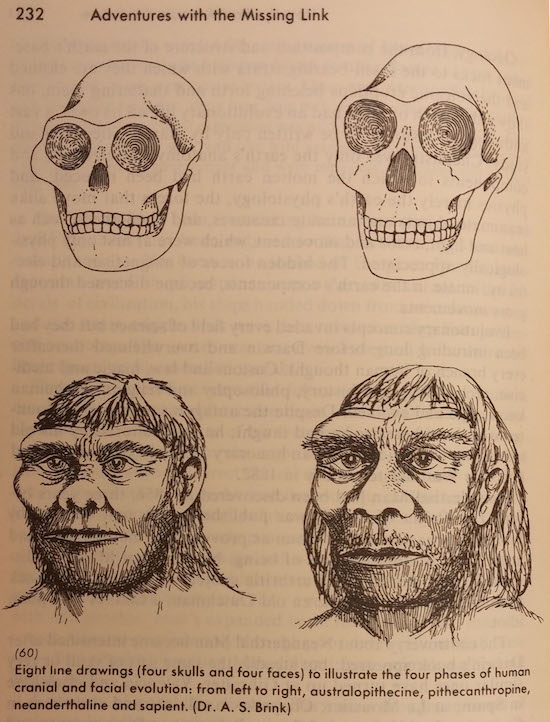 Australopithecine sketch from R.Dart's "Adventures with the missing link", The Viking Press, 1959; p.232

This apparently puzzling piece of alternative casting could be understood considering that, by then, the role of Moonwatcher was still conceived as a "cameo": indeed, an annex to the contract signed by MGM for 2001 in early 1965 mentioned not only Shaw but also Toshiro Mifune, Albert Finney, Jean-Paul Belmondo, Richard Kiley, Jose Ferrer and even Gary Lockwood (who ultimately played Frank Poole) as tentative Moonwatchers. All these actors shared (with obvious differences) the same degree of physical strength and atlethicism that an early version of an ape-men was, supposedly, in need of. 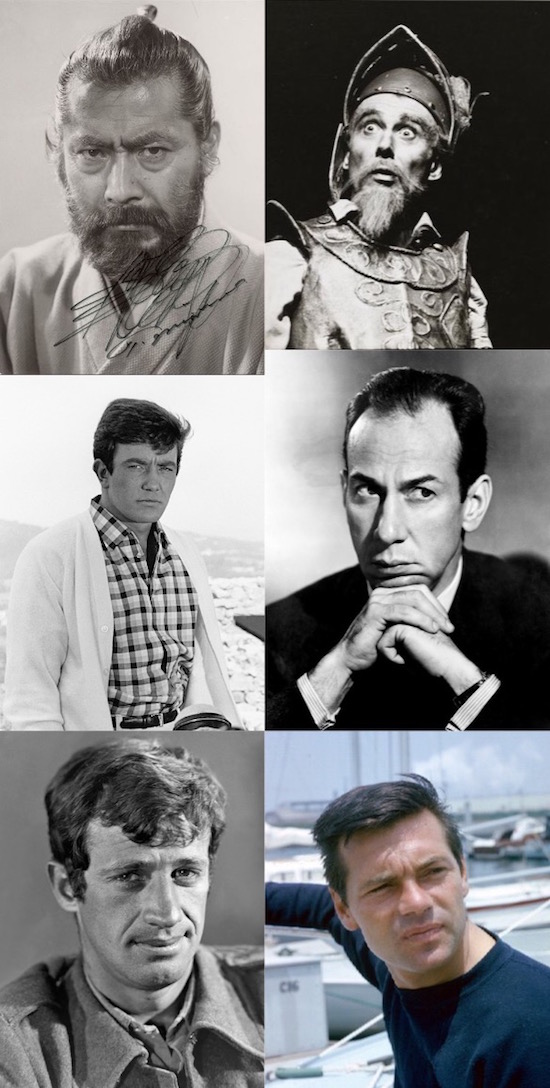 It is unclear if Kubrick actually wanted one of these actors to really play an apeman, or was, more likely, trying to appease MGM's hunger for star names to 'enhance' the status of a sci-fi flick and set it apart from the b-movie reputation that the genre movies enjoyed at that time; on this regard, for example, in 1964 Kubrick was in talks with Paul Newman for the role of the lead astronaut. Besides that, Kubrick obviously admired Shaw as an full-fledged actor beyond his appearance, as he considered him also for his aborted Napoleon movie, that he intended to shoot after 2001.

"Six degrees of separation" trivia: the screenplay of the first Kubrick movie Fear and Desire was written by Howard Sackler, who would later write an early draft of Jaws (1975): it was him who came up with the idea of the “Indianapolis” speech that was unforgettably delivered on screen by Robert Shaw himself, who (he was also a novelist and playwright) reworked and cut down the dialogue that had previously been expanded by John Milius.

Anyway, as we all know, Moonwatcher was eventually played by Dan Richter, who brought along his talent as mime in order to, essentially, create the character from scratch, therefore departing significantly from the "rugged appearance" concept. (I spoke with Dan for my article How did they shoot the leopard scenes?). 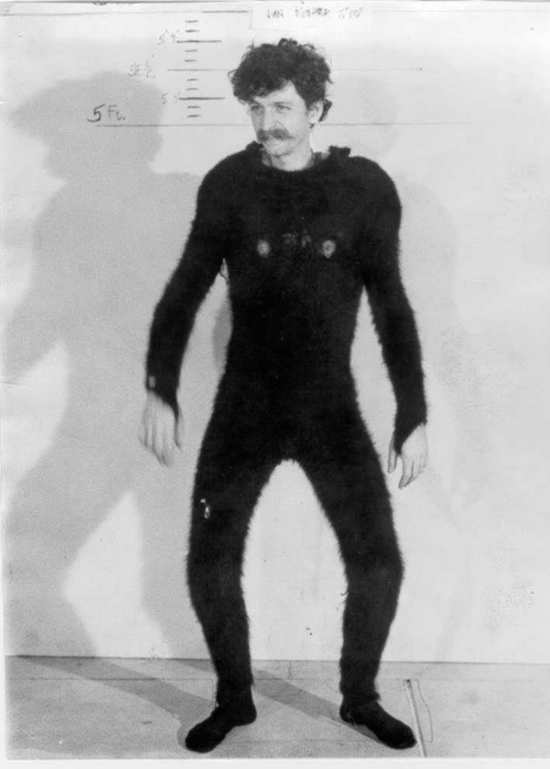 Before Richter, even scottish comedian Ronnie Corbett was considered to play the role, apparently because he had played a Gibraltar barbary macaque in war film Operation Snatch, as he recalled speaking on the Graham Norton TV show. 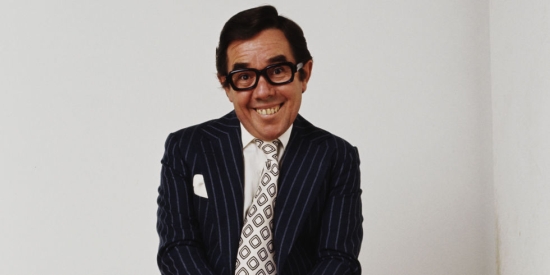 "The theory [behind Operation Snatch] was if there was a sudden drop in the population of barbary apes, the UK would lose control of Gibraltar. So they had soldiers playing barbary apes to make it look like there were loads of apes.” [...] “Kubrick really did ask to see me. He saw me in the Gibraltar (film)." Corbett laughed (source).

The comedian then went through weeks of tests with the 2001 make-up department, headed by Stuart Freeborn, for costume and make-up. "It was a horrible experience," [...] "They put two straws up my nostrils so that I could breathe and then they covered my whole face, including my eyes, with warm plastic." When he was given a pad to communicate with the plastic on his face, he wrote on it: 'Get it off!' [...] After this frightening ordeal I never did get the part in the end, but I can't remember why not, or what happened next. (source)

How I stopped worrying and love Leicester

The conference in Leicester DMU University was GREAT! Here's Kubrick brother-in-law, Jan Harlan, taking a picture of the last slide of my paper, a quote from a 1964 interview with the director from the italian newsmagazine "L'Europeo":

Off to Leicester for the Kubrick Retrospective

From May 11 to 13 the De Montfort University in Leicester (UK) will host "Stanley Kubrick: A Retrospective" (‪#‎KubrickDMU‬ on Twitter and Facebook), a conference about the director and his works that will feature keynotes from Jan Harlan (Kubrick’s brother-in-law), Professor Robert P.Kolker, Professor Nathan Abrams, and Peter Krämer.

The University has received more than 30 proposals to its call for papers, and on May 13th at 14:30h yours truly will give a twenty-minutes presentation titled "God, it'll be hard topping the H-bomb" : fragments of Kubrickiana in the path from Strangelove to 2001". Wish me good luck!